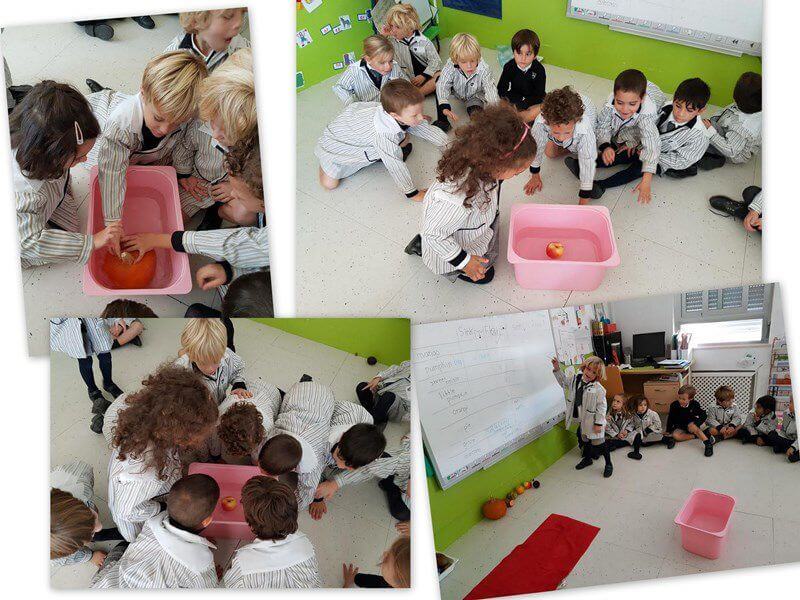 To celebrate Science Day, we experimented with water in the I5 classroom.  We conducted our experiment using different fruits and vegetables, but before they were placed in the tub of water, we discussed the meaning of a hypothesis.  What do you think will happen and why?  Most children decided that the fruits or vegetables that are big and heavy would sink in the water, and those that are small and light would float.  However, they soon discovered that this hypothesis is not always true.

They were amazed to see a heavy pumpkin float and a tiny grape sink in the water.  The boys and girls enjoyed observing the inside of some of the fruits.  The mango was not the biggest fruit we used to test the hypothesis, but it had the biggest seed inside.  “Maybe the mango sinks because the seed is heavy,” they decided.  Although density is not the easiest concept to grasp, the boys and girls understood that some objects have air or holes inside, such as the big pumpkin, and this helps them float.

After testing the hypothesis with the fruits and vegetables, there was only one thing left to do: Make a fruit salad!