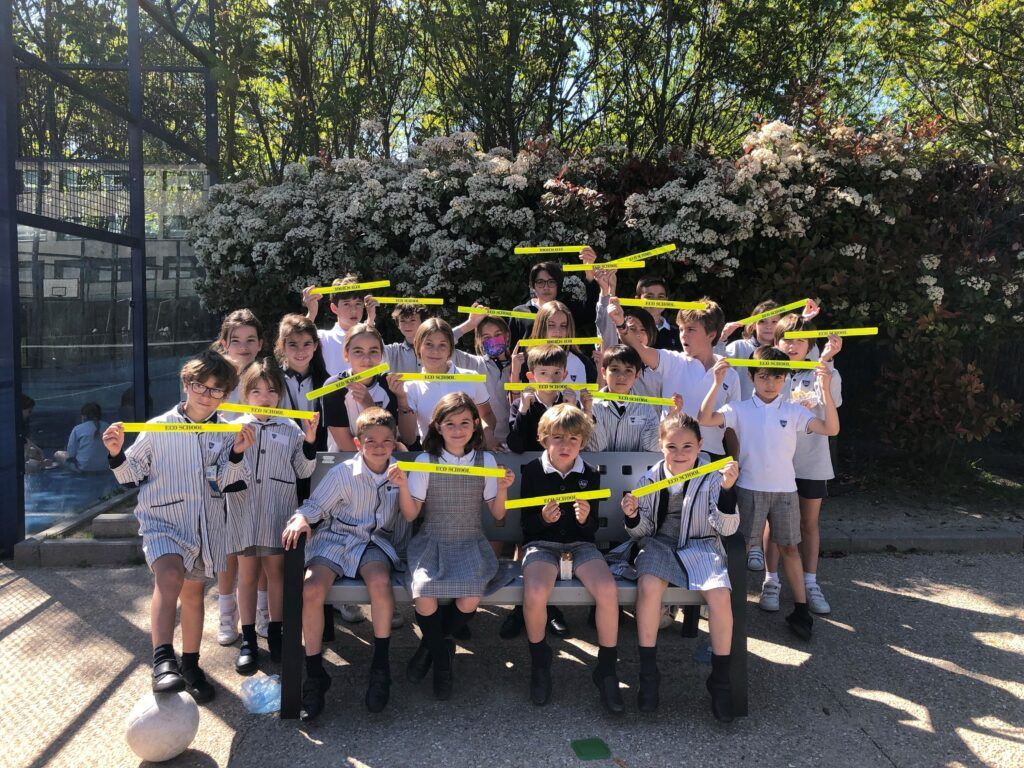 We have already launched the first Ecoschool action: Recycle, aimed at raising awareness about waste management at school.

The action was launched after not cleaning the school for one day (except for the toilets). We put out litter bins to recycle the paper as we realised how much paper we were consuming and that most of it ended up either on the floor of the classrooms or in the wrong rubbish. That day, in the morning, all the classes cleaned the school and we became aware of the amount of rubbish we were throwing on the floor.

We also organised the patrols to keep an eye on the playground, while watching to see if someone threw something on the ground instead of in the rubbish, or in the wrong rubbish. In that case, instead of picking it up (which would be the easiest thing to do) they help the person who has thrown it away or put it in the wrong bin to tell them where to put it.