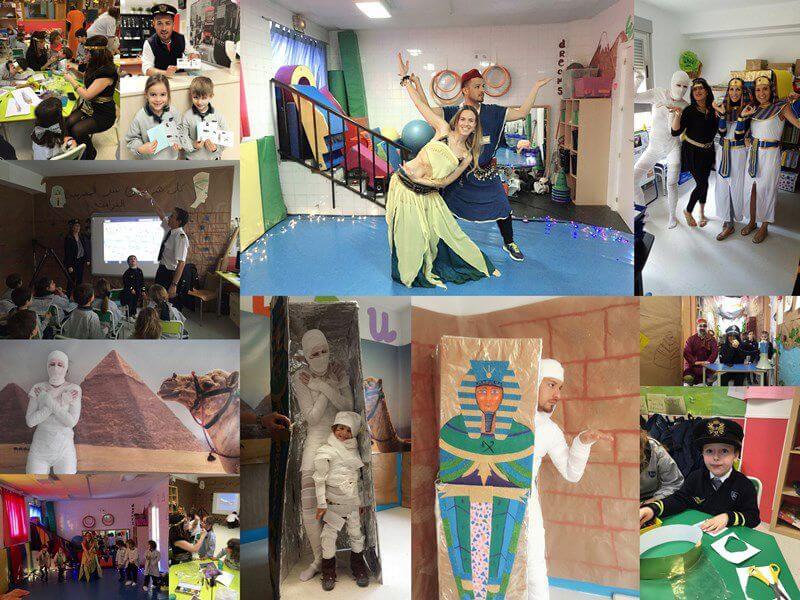 Who would have believed that it was possible to take a trip to Cairo. For I5 everything is possible!
The adventure started with each student creating their own passport and boarding card. When their flight was called over the public announcement system they all boarded the flight for Cairo. The flight was simulated with the wonderful assistance of pilot Ignacio Traver and Daniel Pérez who captained the plane. Members of the class were flight attendants and helped give instructions to the passengers. When the class landed in Cairo they were met by arabic speaking immigration officials who checked that everyones papers were in order to enter the country of Egypt.
After passing through immigration and having arrived in the city of Cairo, the students were met by
a group of ancient Egyptians who had a very strong resemblance to some of the parents of the class. Thank you to those mums for helping with workshops that followed.
The teacher went to visit the tomb of King Tutankhamun and interviewed him. After that the children discovered all the wonders of ancient Egypt and practiced the past tense in English.

It was a day that we will all remember.

Clicke HERE to play the game.