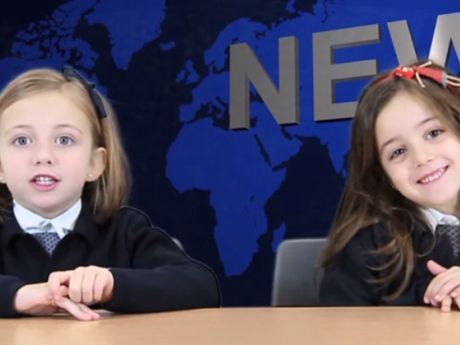 Last week the Infant’s department was transformed into a broadcast media centre. Our newscast anchors and our team of reporters followed up some hot tips to report some breaking news and the stories of the day from the classrooms.

The telecast showed how busy the children of the Infants’ department had been and the many things they were learning. Stay tuned for more reports from the Aravaca Infant’s news!