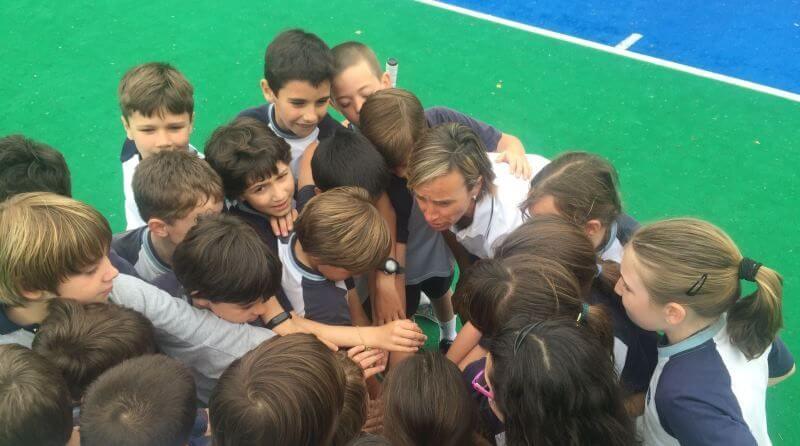 This year, for the first time, we have been part of the “Hockey Olympic Tournament of the Comunidad de Madrid”. We were so excited to be summoned and we chose some of the different players of the school from grades 3rd and 4th.

Twenty four of our great players went to the SOMONTES HOCKEY SPORTIVE COMPLEX to play a tournament with other 10 schools from Madrid. Internacional Aravaca’s team played 4 matches: we have won 3 of them and tied 1 of them.

We got classified as the first ones of our group and…DIRECTLY TO THE FINAL!!!! Our kids were amazing and they were so excited!! We are so proud of them!!

The story is not finished here, at the end, after fighting and trying to do our best effort, we won the last match with an overwhelming 2-0!!

Well done and congratulations to all of them!!! We will never forget the experience and we will also remember it every time we see the nice CUP and the medals that they have won!!