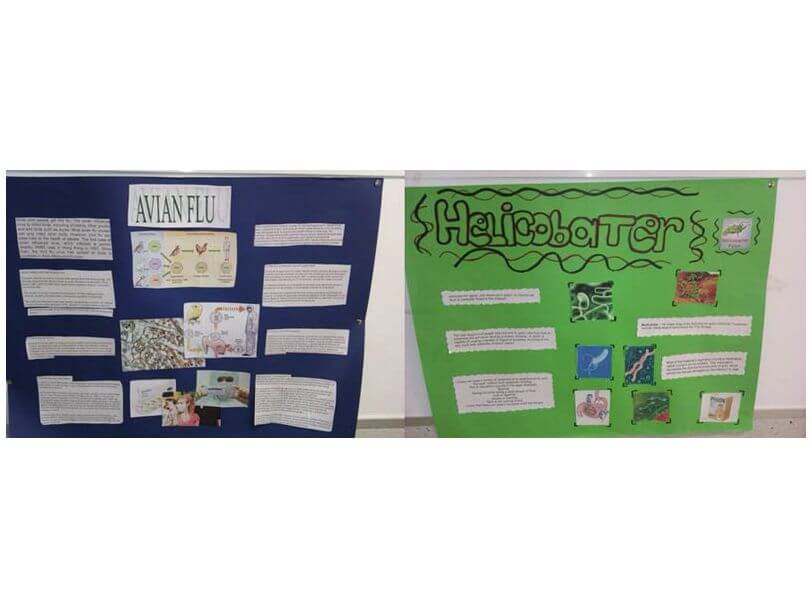 In spite of having a well-developed brain, life has not always been easy for us, humans. However, since our ancestors developed tools and discovered fire, the menaces that could threaten us have been significantly reduced. Being atop in the food chain has granted us a safety even in the wild. However, dangers not always come from our surroundings in the shape of a lion or a tiger. A fierce battle is being fought on a microscopic scale, as our immune system is pit against invaders such as viruses or bacteria. The list of diseases caused by these small aggressors seems endless. But microscopic life has received enough bad press, not all the microorganisms are harmful for us, in fact lots of species can be beneficial, helping us to battle the bad ones, providing us with food like cheese or yoghurt or living a neutral existence for us. While learning about Monera (bacteria), Protoctist and Fungi kingdoms, it seemed a good idea to dive into atom-size threats and know more about them.

Daniel explains this and tells us about his group’s project:”In this unit we studied different types of kingdoms, such as Monera and Protoctist, both of which include microscopic living things. Mr. Jose, our teacher, told us to do a project about a virus or bacteria that caused a disease. In each project we had to write the name of the pathogen (virus or bacteria) and the prevention and treatment/cure. All of us had to think about it thoroughly because there are lots of diseases caused by viruses and bacterias. All the projects were really quite interesting. We chose the avian flu, sadly famous few years ago. ”