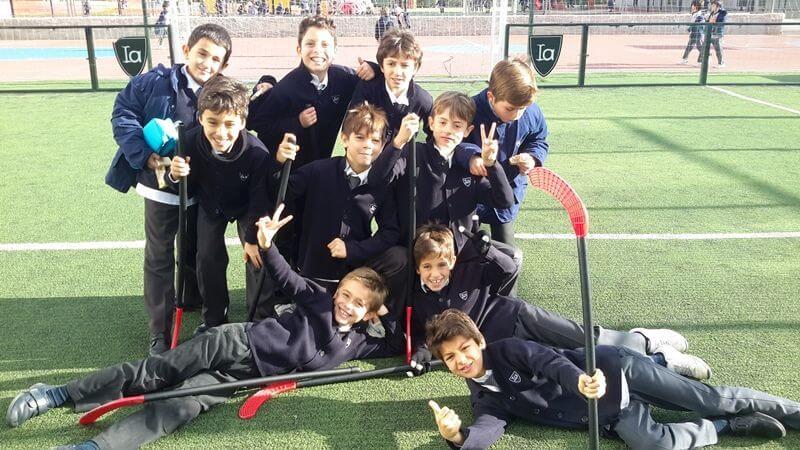 Everyone here at Internacional Aravaca would like to congratulate the students who took part in the IA Primary Hockey Tournament this year. The tournament began in October and finished in December with the grand finals and awards ceremony.

There was also a tournament for second, third and fourth grade students as well as a separate tournament for fifth and sixth grade students. This was to ensure students were playing against other students of close or similar age. Both competitions were highly competitive and students displayed a great level sportsmanship and effort something the PE department promotes strongly throughout the school.

This year we encouraged some of our sixth grade students to get more involved and help referee some of the games. This was a big success. We want to give a huge congratulation to Alvaro, Javier, Gonzalo and Carlos for all their hard work throughout the tournament.

Finally as 2018 approaches, the PE department encourages you to keep an eye out for the upcoming school competitions and activities. The PE department are working together to come up with more competitions, ideas and ways to get as many students active as possible and encourage them to get involved in the exciting new tournaments and activities they plan to offer students in 2018.