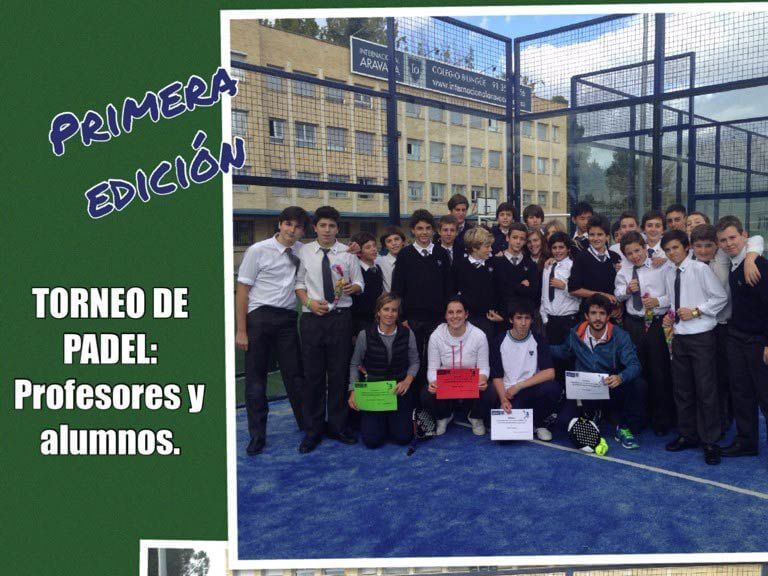 Two pairs but just one winner…
It was a normal Wednesday, the 12th, I saw all kids running at the playground, while me and the rest of the secondary courses where in class. I seated next to the window, good view, and good way of distracting, outside it seemed a typical day of school but, it wasn’t it was a special 12th a special time that was coming, a special event… the final of the padel tournament, both pairs had worked very hard to get to the final, but not just the pairs, also Javier Alberti, Roberto Knop and Álvaro Molinari, did a perfect job organizing the tournament for us to enjoy. The time came, the time that people was waiting was there, the final that was starred by Brenda and Miriam in a team, winning the semifinals against me and Pablo, a hard match where both teams where nearly equal to the other but won the best, and Juan with Pablo which won against David and Alejandro in a very hard match to both pairs. The final seemed very stressful for the players they had to give the best of them, and they did, but obviously ones played better than the others and I could see that, everyone could and that what we showed them when Brenda and Miriam won, not just for the winners, for all the players had been eliminated by these two pairs and another round of applause for these three pupils which made about hundred people enjoy the moment.